For crocodiles the mating season usually will begin in July or August. They are ready to mate when they are about 8-10 years of age. But that is calculated according to its size. Both sexes can be very territorial as well as aggressive in nature during this period of time. The females are going to make sure that other females aren’t coming into their area to find a place to put their nest. They are very picky when it comes to the male they will mate with. All others will be driven out of their location, forcefully if necessary.

The males tend to put on a great show of power and dominance with each other. The standoff can last for several hours before one of them will turn and walk away. It very rarely ever escalates to the point of a physical confrontation for the two males though.

When a male is ready to mate, he will very carefully and attentively approach a female. This is very different from the way in which a crocodile is often portrayed. He will try to rub his body against hers to see if she will return the affection or not. If she wants to mate with him she will be vocal about it. The mating will take place under the water. They may stay with each other for several days and mate again over that period of time. 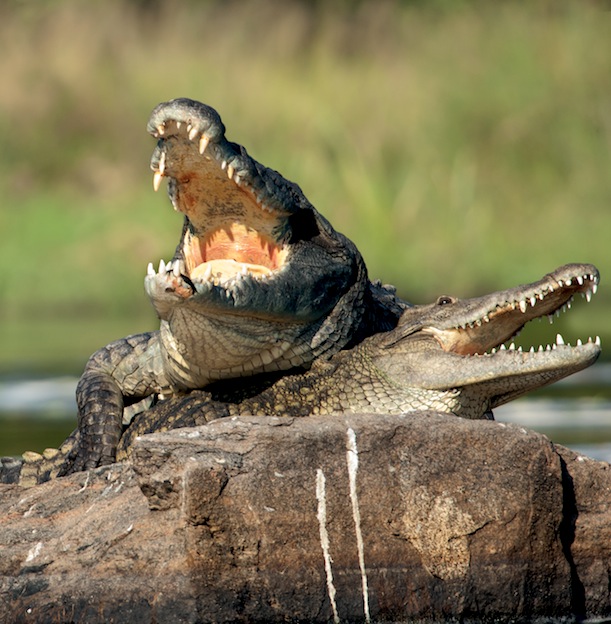 Crocodiles offer nests of eggs. The females will dig at least 10 feet into the ground. They want to make a burrow where they can deposit their eggs and prevent other predators from consuming them. They will hide the entrance as well so that they can get back in there when they need to. These animals have a remarkable memory which helps them to successfully do so.

The number of eggs that a crocodile will deposit depends on the species, their location, and their size. It can be as few at 10 or as many as 100. All of the eggs can be deposited within a hour or so. The more eggs she can lay the better because only about 20% of them are actually going to produce offspring. 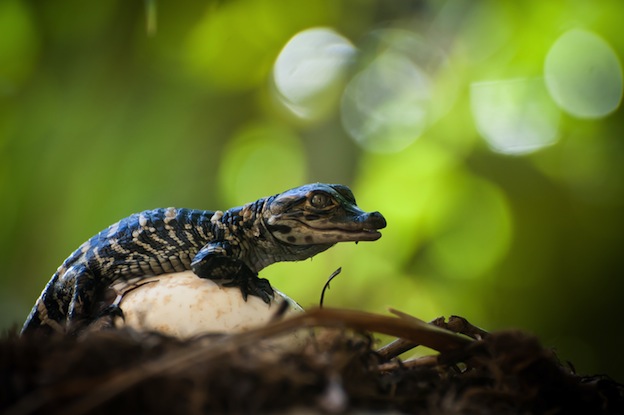 The females are often seen with the eggs in their mouths. They aren’t eating them, but cracking the shells. By doing so they will help their young to be able to get out of the protective shell. She will also carry them into the water with her mouth. This is one of the few reptiles that actually is known to be a very good nurturer of their offspring.

The young will spend several months in the close proximity of their mother. While she will do all she can to offer protection and direction her efforts are often in vain. On average only about 2% of those that hatched will survive long enough to mate themselves.

One of the most amazing things about crocodile reproduction is that they don’t have chromosomes in the genes to create males and females. Instead, the temperature around the area will determine what the sex happens to be. As a result  those that emerge are usually always only of one sex or the other.